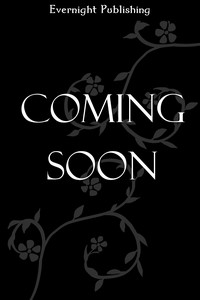 I am excited to tell you that I have a release date for Hiding In Plain Sight! I’m still waiting on the cover image so keep checking this page. Until then here’s an excerpt from Hiding in Plain Sight to keep you happy while you wait!

Hiding In Plain Sight will be available on February 11th, until then here is an sneak peek to tide you over!

He watched as she enjoyed another sip of her coffee. She loved coffee more than anyone he had ever known. Drinking coffee had never been something he considered sexy before he shared a morning cup with her. If she kissed half as sensually as she sipped that coffee, he was in trouble.

She glanced up and met his eyes over the rim of her coffee cup and he even found the pink blush that crept up her face appealing. She was cupping the mug with both hands, and holding it near her face as if it were a delicate flower to be carried carefully and inhaled deeply.

“You make good coffee,” she said into the growing silence.

Maybe it was a mistake, but he decided it was time to press her and figure her out.

Without a word Bryan reached out across his small kitchen and took the mug from her hands, setting it on the counter behind her. He stepped forward and instantly saw the change in her eyes when she realized his intent. She went from eager and sexy to cautious and hiding in the blink of an eye.

“What?” She glanced around desperately looking for a way out of the kitchen, this conversation, and his arms as they loosely held her captive against the counter.

“Don’t get all skittish and wary on me. I know you’re as attracted to me as I am to you, and I also know that scares the hell out of you, but you don’t have to be scared of me, or with me. Ever.” He made sure to hold her gaze as he spoke, he wouldn’t let her look away. He wanted to be sure she understood everything he was saying, and a whole lot of what he wasn’t saying. He was going to have her in his bed, he could guarantee that. He wanted her under him and begging for release, and he would have it, no matter what he had to do to get her there.

He kept his arms relaxed, and gripped the counter on either side of her hips. All she had to do was tell him to back off and he would. But he was going to make her say it if that’s what she wanted, because he knew damn well it wasn’t at all what she wanted any more than it was what he wanted.

Slowly, keeping his eyes fixed on hers until the last second, he lowered his head and took her mouth in his. As much as he told himself he knew what she wanted, he could have shouted in relief when her mouth came open willingly under his. He fought to keep his hands on the counter and not bury them in her hair. As much as he hated the color of it, he would have loved to fill his hands with it and pull her even closer.

Go slowly, he reminded himself, but his erection was already straining against the jeans he had thrown on quickly while she was in the bathroom. He craved the feeling of her pressed against him, but he needed to make sure she was ready. If she bolted on him he might never get her here again.

He made himself content with the feeling of her tongue sliding against his and her arms sliding up around his neck, playing with the hair at the base of his neck. She tasted like the coffee he had made for her, and she smelled like sleep, woman, and everything sexy. He groaned and adjusted the kiss slightly so that it deepened and he was rewarded with a noise that sounded a lot like a purr from Kierra’s throat.

Gathering up every shred of his self-control, Bryan ended the kiss, resting his forehead against hers and waiting for her to open her eyes. For a moment he thought she would hide behind her closed eyelids forever, but eventually she opened her eyes and met his with an expression that could only be described as wonder.

“Yeah, you could say that. As much as I’d love to stay here and kiss you all day long, I need to get to the office and see if any hits came back on your dad.”

“Stepfather. He’s not my dad. Actually, I don’t know who my dad is, but I know who it isn’t, and it isn’t him. We’re not blood relatives. He was just another poor choice my mother made in her life.”

The wall was definitely back around her now. Even though neither of them had moved, the mention of her stepfather was enough to make her guarded and withdrawn, which only made him want to pull her close and kiss her senseless some more just to watch the walls crumble all over again.

Kierra pushed back against Bryan’s chest, putting some space between them. That only served to frustrate him further. He knew better than to push her, but dammit he couldn’t help himself.

“I bring up your dad.” He held up a hand before she could say anything. “Sorry, stepdad, I know he’s not your father, and suddenly you don’t want me touching you? A minute ago you were practically purring and all I did was kiss you. The mixed signals are about to make me dizzy here. Can you maybe clue me in as to what’s going on here?”

Hiding In Plain Sight is  fast-paced, sexy page turner! You will want to clear your calendar and grab your favorite beverage because once you start you won’t want to put it down until you find out who the bad guy is, and if Kierra and Bryan find their happily ever after before it’s too late! 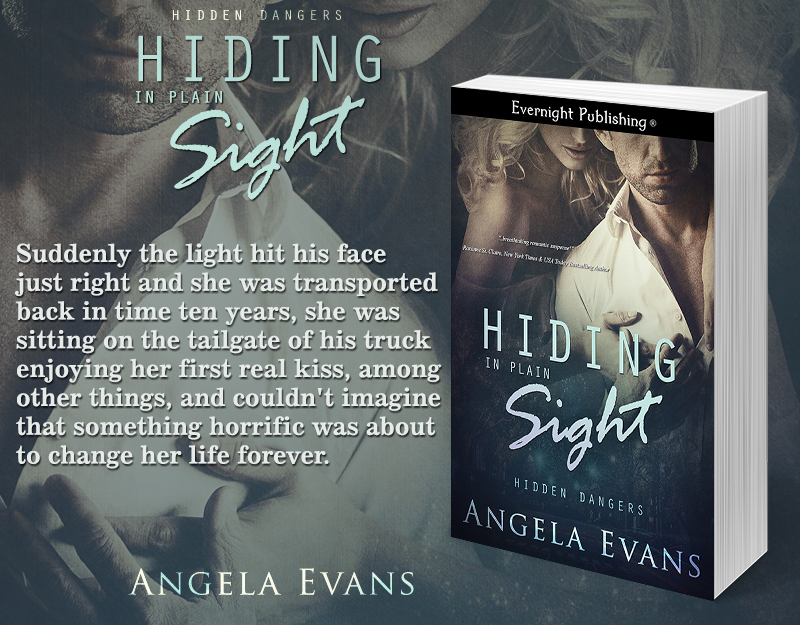 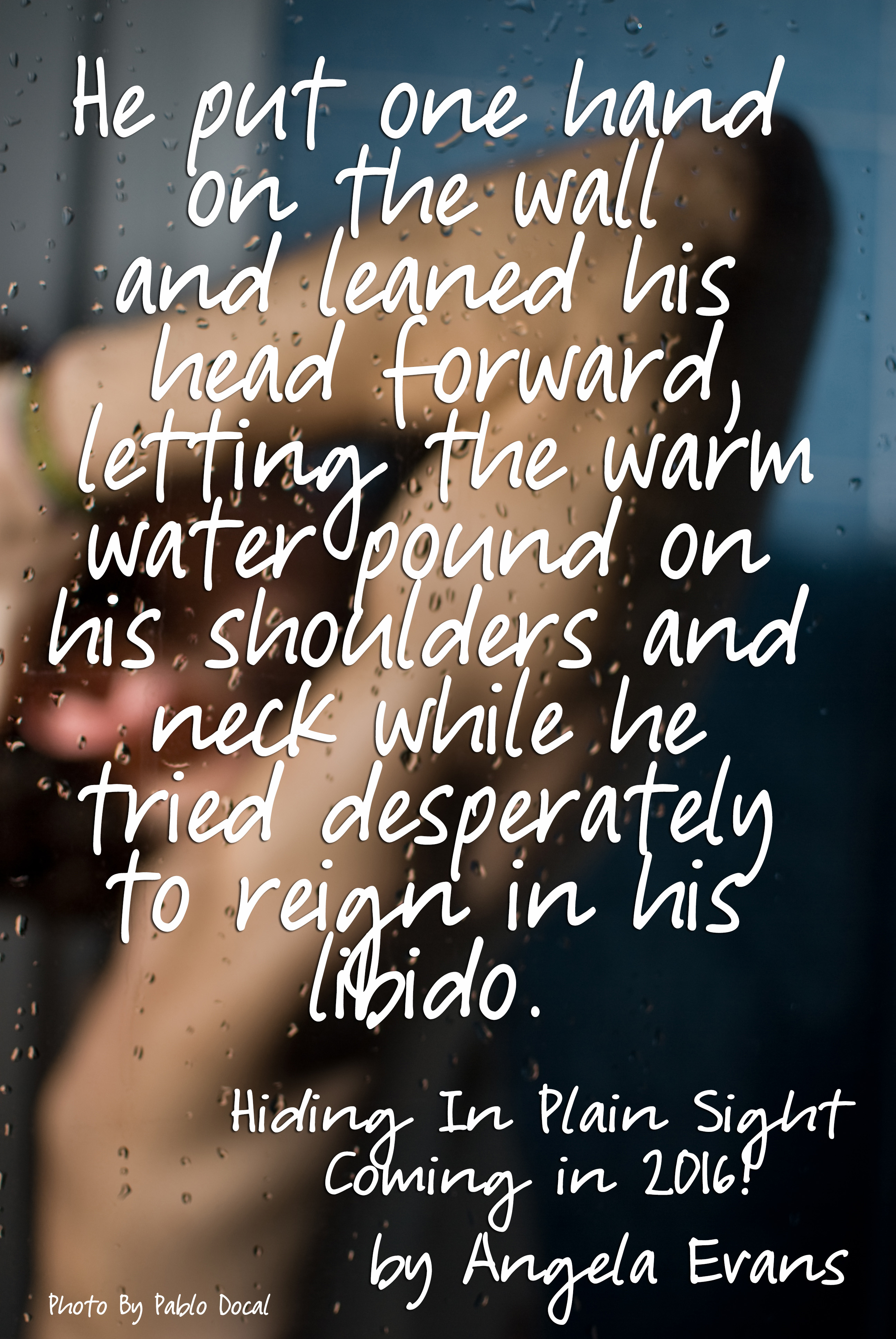 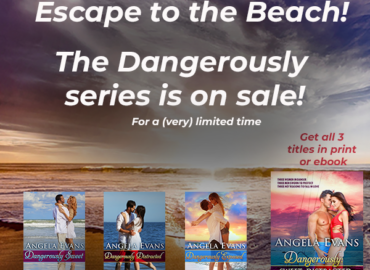 Cabin Fever Gotcha Down? How About a Quarantine Book Sale?