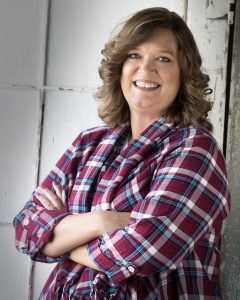 Angela Evans is the author of romantic suspense novels including Hiding in Plain Sight, Dangerously Sweet, Dangerously Distracted, and Dangerously Exposed., and the collection Dangerously: Sweet, Distracted & Exposed. All together her books have received over a hundred 5-star reviews!

As a child, Angela remembers her mother telling friends that Angela would read anything she could get her hands on, even the back of the cereal box. That changed when she discovered romance novels as a teenager, secretly reading her mother’s entire collection of Kathleen E. Woodiwiss and being amazed at how captivating the stories were. She knew that writing romance novels was what she wanted to do for a living.

On her way to publishing her first book, she took a slight detour to be a successful mom-blogger where she had her work syndicated on numerous well-known platforms from Huffington Post and ScaryMommy to Parents and What to Expect When Expecting, among many, many others. She was honored to be included in two parenting anthologies. That reignited the fire in her to be a published author, so she shifted her focus from blogging to fiction writing and never looked back.

Angela lives in Southern Illinois (think St. Louis, not Chicago) where she is living her own happily ever after with her husband of almost 25 years, their two teenage children, a very spoiled dog, and two equally spoiled cats. When she’s not writing she loves reading, cooking, and photography. She is currently working on the story of Amelia’s (from Dangerously Sweet) six brothers story set in the rugged wilderness of their family’s hunting lodge in Alaska.